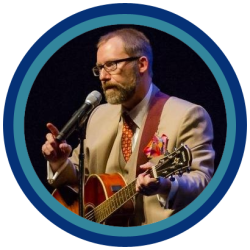 Born on a mountain top in Tennessee,
Greenest state in the land of the free.
Raised in the woods so’s he knew every tree,
Killed him a bear when he was only three.