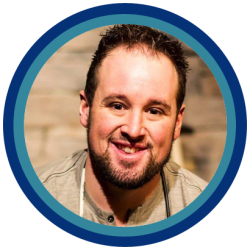 As Seen on CTV, CBC, NTV, the St. John’s Comedy Festival, Mussel Bed Soiree Festival and more. Colin was the 1st winner of the Great Canadian Laugh Off in St. John’s, Newfoundland. He has the highest voted video in Canada for the Sirius Satellite Russel Peters Funniest BFF Comedy Competition and has had his comedy rants featured on CTV’s Kevin Newman Live. He was invited by Shaun Majumder to perform with him & Mark Critch at his annual comedy & music festival “The Gathering”.

Originally from small town Burin NL, Colin Hollett burst onto the St. John’s comedy scene in 2009, winning that city’s Great Canadian Laugh Off with his first ever performance. From there, he quickly became a feature on the local comedy circuit, with his high-energy, almost manic stage presence and original down-to-earth story telling, making him an immediate crowd favorite.

Colin has headlined from Newfoundland to B.C. Appeared on Newfoundland’s local station NTV and is regularly aired across the country on CTV with his featured rants. He has performed at the St. John’s Comedy Festival and has been a main feature in the Frosty, Burin Day, Grand Bank, Salmon, and Mussel Bed Soiree festivals. Also he was invited to perform with Newfoundland Legends Shaun Majumder & Mark Critch in “The Gathering” Festival.

He continues to build his web presence through a terrific social media following, that was boosted in early 2014 as one of his online videos went viral through out North America and another received the most votes in Canada for the Russell Peters Best Funny Five Competition for Sirius Satellite Radio.

Colin continues to tour and perform, loving the energy of the road and the chance to get out and connect with fans. “I just really like making people laugh,” he says. “It’s the best feeling in the world- bring a room together and making strangers laugh. You’ve actually used a joke to make someone happy, even if it’s just for a second. So anytime anyone wants to say ‘hi’ to me after a show or find me online, I’m more than happy” Normally, this would be hard to believe, but seeing Colin in action makes it clear: What you see is always what you get.